Per Sjögren, the real Kulla Man!

In occasion of Kullamannen trail race Saturday Oct. 31st we published an interview with Per Sjögren, the inventor of this wonderful race.

As many of you already have understood, this summer I spent my holiday in Sweden . I have a “family connection” there so it wasn’t my first time in this beautiful country and I had great time as always.

In 2012, at Easter, I was sitting in a friend’s house chatting after dinner and for the first time I heard about Kullamannen in Mölle, a yearly race which were about to go the next weekend .
I was about to go back to Italy the day after and so I did, but already 5 days later me and 3 Italian friends were in Sweden to join the race at Kulla! These five days were pretty full, because except from the work at the office, I tried to organize for me and my friends to be able to join this exciting race, already full booked since months, finding plane tickets and accommodation for us all.

Yes the race was fully booked but I decided I’d have to try and I contacted the organization. This was the occasion in which I got in contact with Per Sjögren, the inventor of the race, for the first time. He was very kind with our group of Italian “tardy runners”, helping us with all we needed.
On Saturday morning we were there, on the starting line and we had a wonderful experience!
From that moment I’ve often been in contact with Per and I join Kullamannen every year.

This summer I met Per at the Lighthouse on Kullaberg. He “guided” me around, telling me local stories, showing me particularities of Kullaberg’s Lighthouse. It was a perfect occasion to have a longer chat together and I thought… Why couldn’t this “chat” become a sort of interview? All my questions about and around Kullamannen, race organization and so on could be interesting also for others, in Sweden, in Italy and around the world too!

So, here below you find our “chat-interview”.
Hope you will enjoy!

TA: Ciao Per, how was your passion for running and race born?
Per: As a child I was bad in all sports, always the last one to be picked in at the schoolyard. When I was 10 we got a new sport teacher that wanted us to run 4 km. I was very frighten for this day, but we started and already after 1 km I noticed that I run faster than a much better soccer player at everybody’s surprise. This was the day I noticed I was born with a gift for endurance races.

TA: Then your love for running started very early. How did you start trail running?
Per: I´m a lone wolf that wants to run alone in the mountain trail, listen to my heart, feel the fresh air. To be alive.

TA: Do you race? How did you start?
Per: In fact, I started as an hockey player but I won all preseason competitions in running from 3-25 km. After this carrier I started running for fun, searched for longer and harder races and in the middle of 1995 we (a friend of mine and me) started with Mountain marathons.
At that time, long distance run was up to 100 km. You navigated by yourself and you had to be totally self-sufficient with all equipment you could need.
The very best races were in Scotland, so for many years we traveled there. I’m saying we because the race was a team race of 2 people.
For four years (In 2001, 2002, 2003, 2004 editions) we ended up at the 1st and 3rd position in that competition.
Unfortunately in 2004 my wife got seriously ill in cancer with 10 % chance to survive, so I had to concentrate all my efforts to take care of her and my two children. This was my life’s toughest race. It took 3 years. My wife is now healthy again but my running ended the 10th July 2004.

TA: Happy to know you and your wife won the tougher race!
Back to running race, What has changed from that time to now? Are the races very different from then?
Per: At that time it was great to finish a 10 km city race on asphalt, only strange people were running on mountain tracks. About 2010 trail running started to become big in Sweden. We didn’t understand why! We had done these things for 30 years!
The other big difference is that newcomers today start directly aiming for marathons and ultra trails. We always said it would take 4 years of practice to be a good mountain runner. We see quite often what happened. Some people race 12-24 km and then hit the wall in a big longer distances as a 60 km Ultra. People need to be patient and listen to their bodies. It takes time to become strong.

TA: Then after being a runner you became an organizer. I met you when I discovered the existence of Kullamannen and decided to run it. How did you start to arrange it? Was Kullamannen the first race you organized?
Per: We started to organize Ladonia Mountain Marathon at Kullaberg as a practice competition. The rumors about it spread all over Scandinavia and England so hundreds of runners came every summer to test us. This was a really tough race, not so long 30-40 km but up to 3000 m ascents and winning times were up to 12 hours. Remember that time other races could be very fast (Pro run a marathon in just little bit then 2 hours.
After 10 years we quit this race because we thought it had come to its end. People all over Sweden mourned. 6 months later, the day before Christmas, Salomon Sweden contacted me to speak about trail races in south of Sweden. They wanted to organize a race series. After a few minutes we agreed that there were no possibilities ad we hung up. I was sitting in silence and my mind continued thinking. We have all contacts, a perfect management team, we know all trail areas ….so I called up again, and said “- We can do it. We have a good race… “. Salomon started to ask “- What’s the name? In which area is it? Etc.”. My answer was simply “- I don’t know, but I guarantee we will launch a race by May 8th, 2011” And so we did. This was the beginning of Kullamannen Trail that now is one of the most well-known and fearsome trail races in Scandinavia.

TA: Could you please let me know about your organization? What is the most difficult thing to do? What is the most fun? How long did it take to organize the first edition and how long does it take now? In general, could you please let me know about you experience in doing it?
Per: The most important thing is to have a strong team with different skills. We have 3-5 officers from Swedish Special Forces, besides that we co-operate with 5 different “sport clubs”, they provide us volunteers. The first edition we arranged in only 90 days, the second took 1 year.
Now we have everything organized in written plans / schedules that we just send out to our different managers and things start to move quickly. Today we build a race in 24 hours and tear it down in 6 hours. The funniest thing is to sell and inform about what we do during one year, then the hard work starts. It’s like to prepare for a mediaeval battle; you have to plan the best position for all your forces. Now everything is tested to a maximum and many things depend on the man on the CP or water service. We try to educate and inform a lot in advance and have a “military structure”. When we can see that everything is working, happy people, sportsmanship means everything is going in the good direction and finally we get a very strong emotional feeling when the pressure is going down. Afterwards we are often more tired than some of the racers and in the evening after the race is finished we start sleeping after the first glass of wine, dreaming about next race.

TA: You are the arranger also of Transylvania Ultra Trail. Which is the biggest difference in organizing that race compared to the planning of “Kulla”?
Per: This is the same as sending a team of Special Forces to Africa. We send our best men to co-operate with local Romanians that have passion but no experience. Logistic is difficult. This year we have to hire some shepherds with horses to send up water and supply to check points. Sometimes we have to walk for hours to check things. The Romanians have another point of view regarding planning. We want it exact with accurate in time. They think some days are plenty. We have a way of saying. “This is Romania” we use it when things change quickly and promises are not kept.
It is like in war, you plan everything but after the first bullet all plans change. And you need to negotiate, have patience and see it in a bigger picture. It takes some years to learn, so now we are not that stressed as in 2013. It’s a lovely country with warm friendly people. Go there!

Pietro: Is it very hard to arrange it abroad? It is harder to organize a race that gives UTMB points? Please tell me more about this experience.
Per: For a UTMB race you need proper information, such as GPX, CP, maps etc. so it takes more time to administrate. To plan races abroad is a great adventure. You must adapt to local culture, people and local bosses.

TA: You’ve started to organize also running camps. Please tell me about this experience. It is very different compared to organize a race? It’s easier or not? What gives you more work load, enjoyment, satisfaction?
Per: To administrate a camp is much easier in some way. No markings as example.
We always do it in the same way. 3 different groups / levels: Black up to 12 hour per day, Red up to 8 hours, Green up to 6 hours, but with different speeds. For runners it can be much harder than a race but they can see much more. Normally we travel for 5 days and run 3. Nice dinners in the evening, friendships for life and we always have one local guide, apart from one Swedish, in all groups. Behind this we have a backup team with medicals and security, following all runners on a map.
I think people travel to races to get an adventure. Maybe only for 5% of them results are really important. The rest want to do it to explore areas, take nice pictures, live an adventure. For me a camp gives a lot more than a race.

TA: Do you have anynew plans and ideas for the future?
Per: We are thinking about Russia, Slovakia, Kazakhstan and also a 265 km border race with cut offs in Swedish rebel areas from 1675. RIB boats, flood swimming, night run and surprises. It’s called “Snapphanen” after the fearsome rebels.

TA: Will you come to Italy and organize any camp or race?
Per: We woudl love to come to Italy. Great history, landscapes and a running culture. And don’t forget the tasty food J, but it normally takes-3 years to prepare and we need a commitment local team to make it together.

TA: Thank you for all your patience in answering to my curiosity Per! See you on 31st October for the next Kullamannen Ultra! 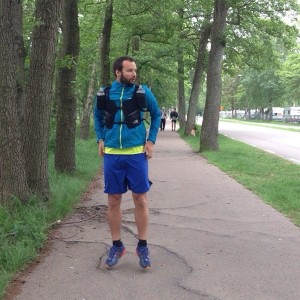 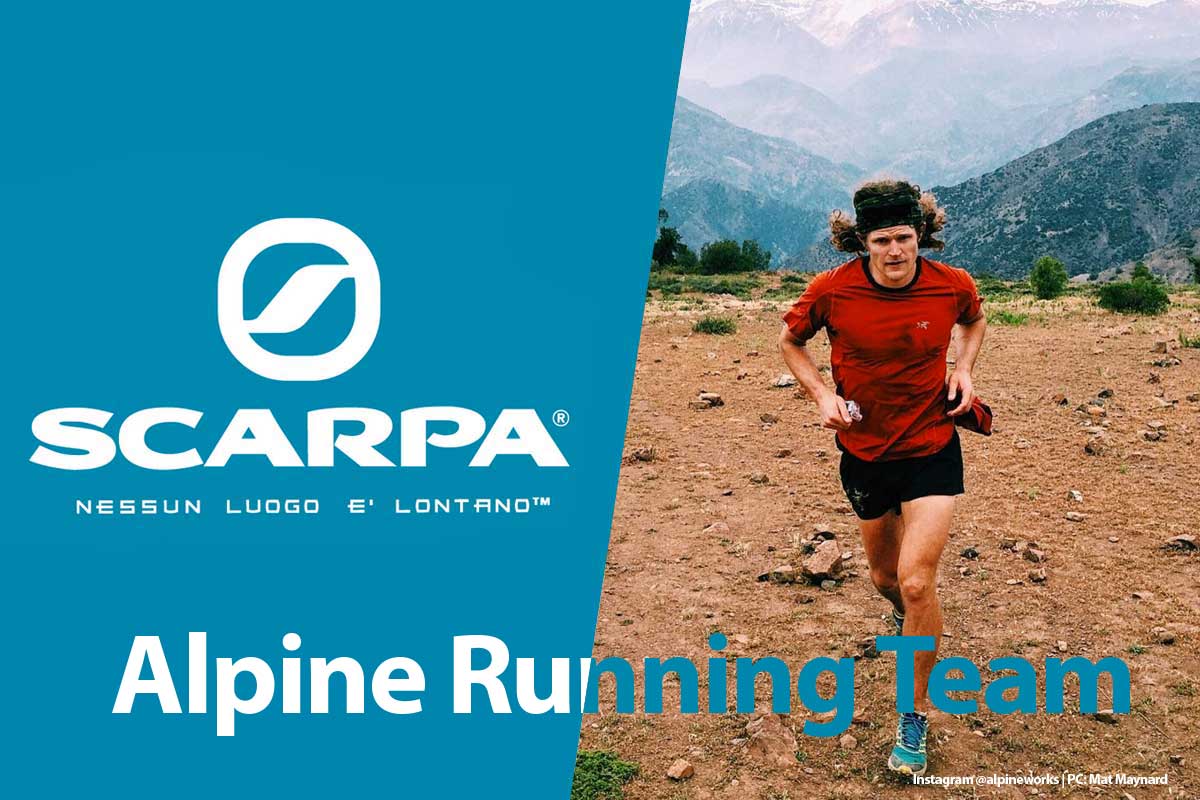